How many photos are needed for a 360° product spin?

People often ask us about the number of photos (frames), which they need to shoot to create a simple 360 rotation. The question is even asked by customers, who already bought a hardware-set for the 360° product photography. Unfortunately, there is no absolute answer to this question. To visualize the difference of having just a few or many frames, the AJAX-ZOOM viewer, embedded in the body of the article, lets you switch stepwise between 6 and 180 frames, so you can experience the gap and make a decision. The article also provides additional information for consideration on this topic.

As you can visually experience above, the lower the number of frames, the chopper is the rotation. However, it is not always right to say that the more image frames you have, the better it is. While making a decision, you need to find a balance between the smoothness and a few other facts such as:

As of the loading time, resolution and quality of the images, the AJAX-ZOOM 360-viewer makes nearly all possible to eliminate the concerns and constraints from the points listed above. Nearly all is just because we are continuously working on the software, so you can expect even better performance in the future. For now, the primary AJAX-ZOOM features like multi-resolution allow you to use images with the highest resolution and best quality without any noticeable differences in loading times.

That is possible because by default settings, AJAX-ZOOM does not load the original images while preloading a 360 view. Instead, it will load smaller representations of these images at first. When the user wants to see more details on zoom or a particular frame, AJAX-ZOOM will dynamically by load only the visible part of the image, thus saving loading time and bandwidth.

The size of the images from the above 360-view example is "only" 2.000 x 2.000 pixels. However, it would make no difference if they were, e.g. 6.000 x 6.000 pixels large, meaning an increase by factor 9! (36 megapixels (6.000 x 6.000) divided by 4 megapixels (2.000 x 2.000)). This multi-resolution feature, combined with the excellent performance and handling is rare to find in 360 view players, and that commonly leads to a misconception, that when dealing with 360 product views, images must be of low quality and low resolution. However, at least with the AJAX-ZOOM viewer, this statement is not true. If you are interested in getting more information on resolution question, please read in this blog article.

Returning to the central question of this article about the number of frames, as an intermediate conclusion we can say that even with AJAX-ZOOM, the more frames a 360 view has, the more 360 preview images it needs to load and the longer it takes. However, the photos, which AJAX-ZOOM preloads, are not as large as your original images, so the loading speed is acceptable even on fast 3G connections.

So how many images of a 360 view and in what quality / resolution should you produce now.

If you are not sure or did not make a final decision, we can only provide you with some thoughts. The assumption behind is that the preparation work such as unpacking the product, cleaning it from dust, centering the product on the turning plate, setting up the light and making camera adjustments take quite a lot of manual work and time compared to actual photo making. Provided that the turning plate rotates automatically, and the camera shot is synchronized and triggered instantly as well.

Image resolution: as you probably know, the possibilities of upscaling photos without losing the quality are not widely present. On the other side, you can always downscale photos fast and without losing quality. So why not to shoot with highest possible resolution and quality at first and go down later if needed? It does not necessarily need to be RAW unless you want to make fancy edits later, but depending on your camera, it should be JPG or PNG without compression.

The number of frames: considering the time needed to prepare the setup we think, that it is a good idea to double the number of frames if your target framerate is below 40. You can always choose to load every second or third frame in your primary project but in case later you decide, that the rotation is not fluent enough, e.g., on a fair, you will have the possibility to increase the number of frames without repeating the entire process of making 360 photos. The number of frames you choose should be divisible by as many divisors as possible. Consider these numbers and the possible values for a 360 spin presentation:

As you can see, not all base frame numbers can be divided well by 2 or 3. E.g., 45 is not divisible by 2, so making 360 photos every 8 degrees is not a good idea unless you want to have a spin with 45 images only. The number 40 for frames (every 9 degrees) is not divisible by 3; If you do not want to make too many images, we suggest to consider 72 frames as your photo shoot standard. The possible frame numbers you can get out of 72 frames base, including 72 itself are widespread in web presentations.

As a final note, if you are concerned about the loading speed, at least with AJAX-ZOOM 360 object view player, you can choose the number of frames you want to display for a particular client, e.g., based on the connection speed of that client. This is achieved by passing "cutFrames" query string argument and value when loading a 360 set (see the source code of this article for now). In another blog article, we will make an extensive example of this possibility with actually measuring the bandwidth and storing the results into a cookie or something like that.

Looking for a place to add a personal image? Visit www.gravatar.com to get Your own gravatar, a globally-recognized avatar. After you're all setup, your personal image will be attached every time you comment. 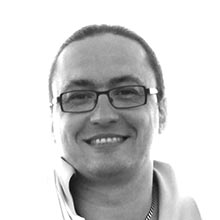 To use live-support-chat, you need to have Skype installed on your device. In case live support over Skype is not available immediately, please leave us a message or send an email by using the contact form.

We answer every inquiry or question that relates to the AJAX-ZOOM software!